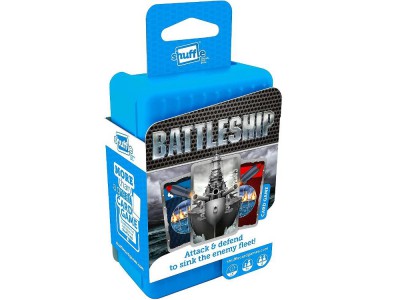 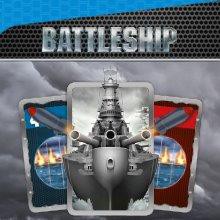 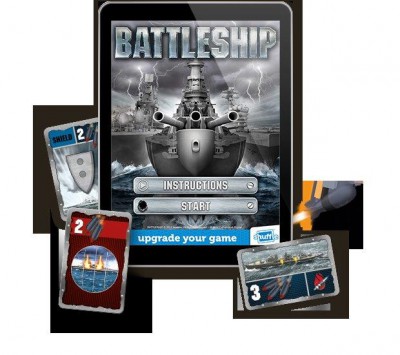 Battleship
Get up to speed with the Battleship card game in a flash with this interactive, animated quick-start guide. Learn to defend your fleet without reading a word!

I
like the look of the product. Nice and compact. Ideal for travelling. The
packaging is quite sturdy looking and keeps it all together nicely. It’s an
easy enough concept, as I am familiar with the board game from when I was a
child. I did find I had to keep re-reading the instructions though when it came
to the function cards. Steven understood the game easily and was quite
confident laying it out. It took a little while for the functionality of each
card to sink in without having to refer back to the instructions. The
instructions for the function cards weren’t written particularly clearly, they
repeated themselves within the same sentence causing confusion. The age range
is fine. It’s fairly easy to understand (once you’ve worked out the function
cards). Steven enjoyed playing it and I
didn’t mind playing it with him. It is a fairly short game, so doesn’t get
boring. It only stimulated his imagination in that he started making up different
blowing up sounds when he sank my battleships! Lol! It encourages Steven with turn taking and
learning to lose gracefully. It was a bit
frustrating at the beginning having to keep referring to the instructions to
remind ourselves how to use the function cards but after that we often played
three or four games in a row. (Mainly until I got fed up!). Steven has tried playing it with his younger
cousin who is six, but couldn’t play it properly as his cousin was too
impatient to learn the instructions, so they just played a basic version
without the function cards being played properly. This is a good quality
product, but as much as the cards are beautifully designed, they could be clearer
as the playing board area gets quite cluttered with all the cards on the table
and it’s quite difficult to work out what is going on at times. It’s not bad value for money as it has the same play value
as the board game, but is much cheaper and smaller to store. I would consider
buying this. I would recommend this as it is a good game for children of all
ages as well as adults to play together. It’s also small enough to take on
holiday. Steven and I liked this game. It had good play value for both
child and adult. The instructions could have been a little clearer though. Anne
Hibbard – Steven 10 years

I’m
looking forward to playing this with Michael. The packaging is good. It’s nice
and small. It’s a simple concept. The instructions were mostly clear. The card
that allowed you to play extra turns caused a bit of confusion as the
instructions weren’t entirely clear, however once we re-read them a couple of
times it was fine. Michael understood the concept of the game easily. He
couldn’t really understand the instructions when reading them himself, however
once I explained it to him, he was clear. The age range is fine as long as an
adult explains the uses of each card to the younger end of the scale. We
enjoyed playing this. Michael was quite happy playing it all day. He even
played it by himself, taking both turns. It has helped him to understand turn
taking and patience. Michael understood it easily once it was explained fully
and played for a long time. He hasn’t really played it any other way other than
its intended use, but he has played it by himself. The cards are well designed,
perhaps they could be a bit thicker/laminated as they are starting to get a bit
dog eared. Its good value for money, however I would have bought this initially
as a card game to play in the car. Unfortunately the way the game has to be
laid out doesn’t permit this. You would only realise this once you had unpacked
it and read the instructions. I would consider buying this. I would recommend
this game, however I would make it clear that you couldn’t play it without a
table or some floor space. Michael enjoyed this game. I would have been
disappointed that it couldn’t be used as a distraction in the car on long
journeys, but saying that, it is a good game. Fiona Lucas – Michael 8 Years

Ollie
was really excited to play this game. The packaging is OK. It’s not too
exciting though. I understood it fine. I was pleased that there were
instruction cards as well as the instruction leaflet as we lost the instruction
leaflet quite quickly! Ollie understood it once I explained it to him. We
worked it out as we went along the first couple of times we played it so it
embedded itself in his memory. The age
range is suitable. Ollie enjoyed playing the game. He enjoyed trying to come up
with a strategy on whether to disable more ships first or go kill the ships off
one by one. It has helped develop problem solving skills as he was strategizing.
Ollie would have spent a lot more time on each game than I would. He was
thinking quite a lot about what his next move should be. He has studied each of
the cards quite intently trying to work out what it would be best to save which
particular function card for. The cards are well designed. Ollie is quite
careful with his things so they haven’t got tatty. I suspect if more than one
child were playing with it a lot that they could get a bit battered. It is very
good value for money. Ollie has enjoyed it immensely. More so than I think the
board game would have. I would buy this.
I would definitely recommend this game. In fact I already have! Loved
it. It helped Ollie understand about making a strategy. Zoe Riley – Oliver 9
Years

I would recommend this as it is a good game for children of all ages as well as adults to play together. It’s also small enough to take on holiday. Steven and I liked this game. It had good play value for both child and adult.