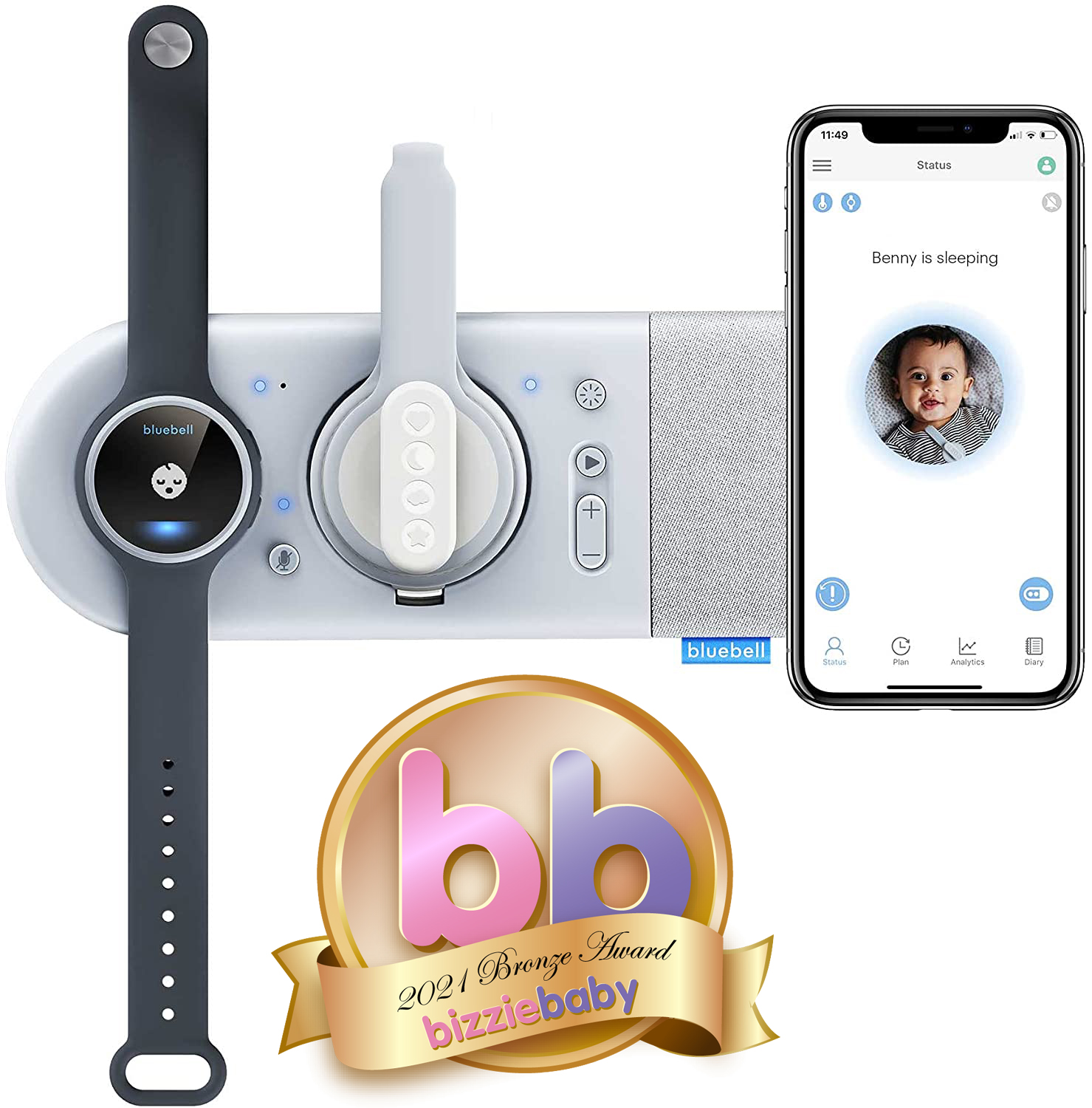 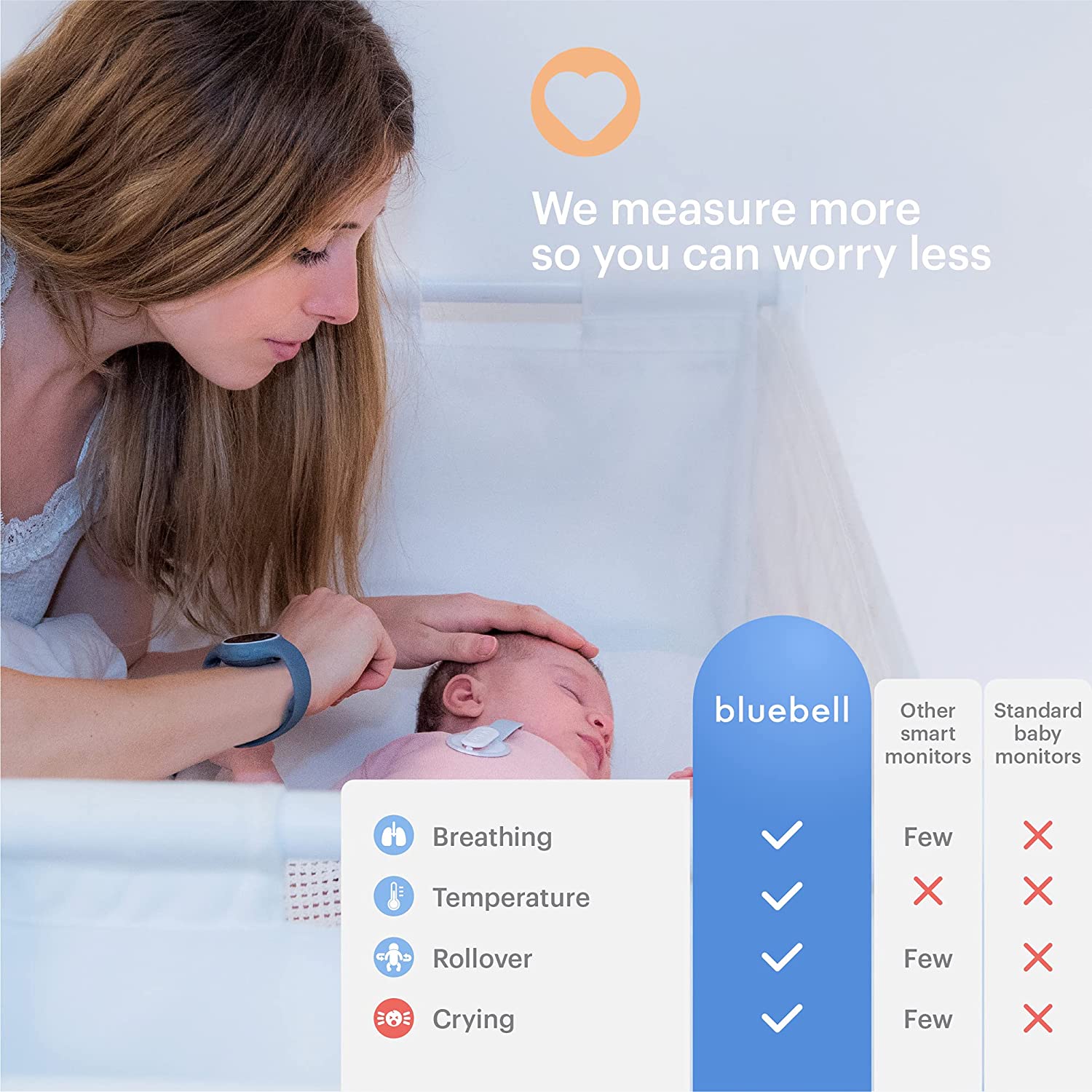 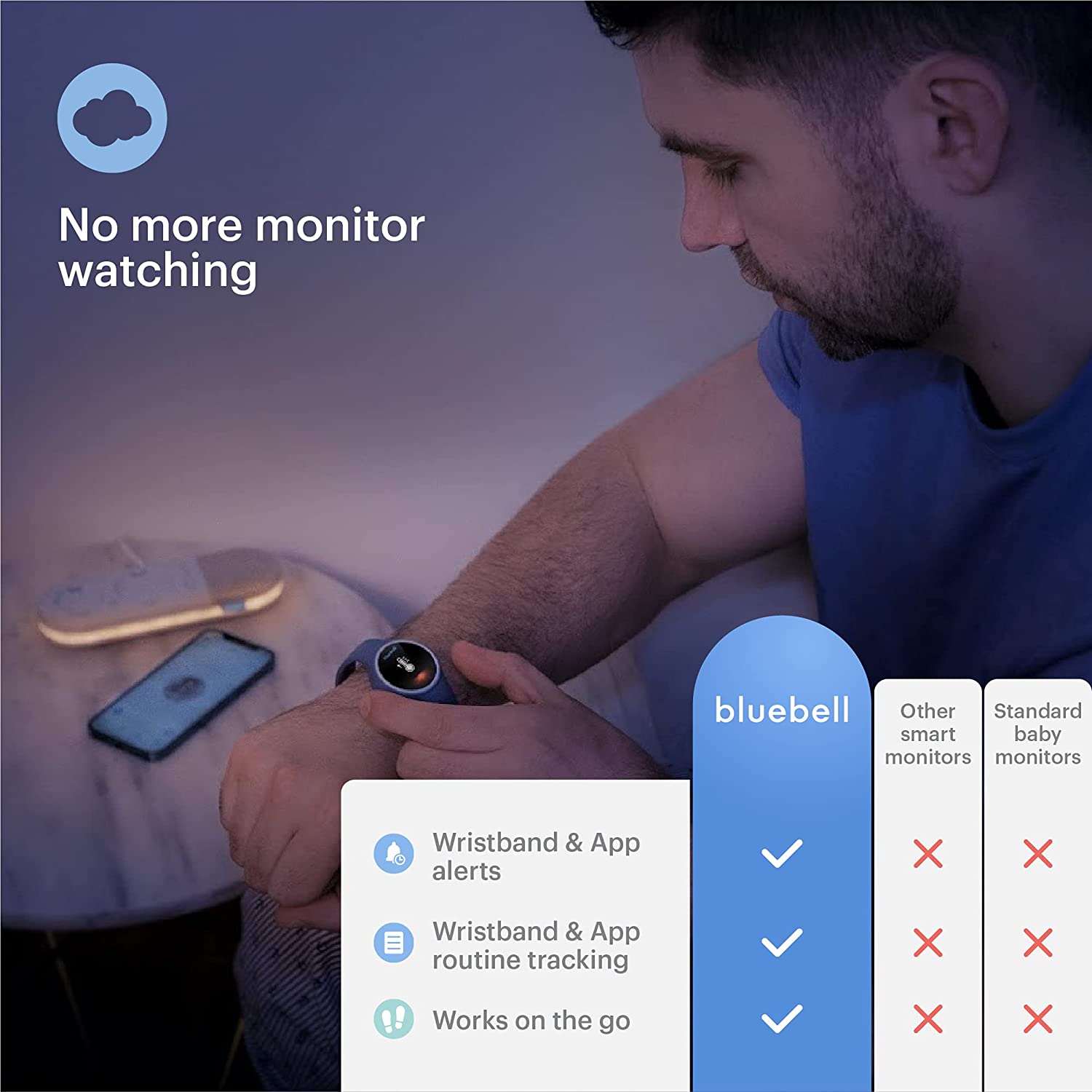 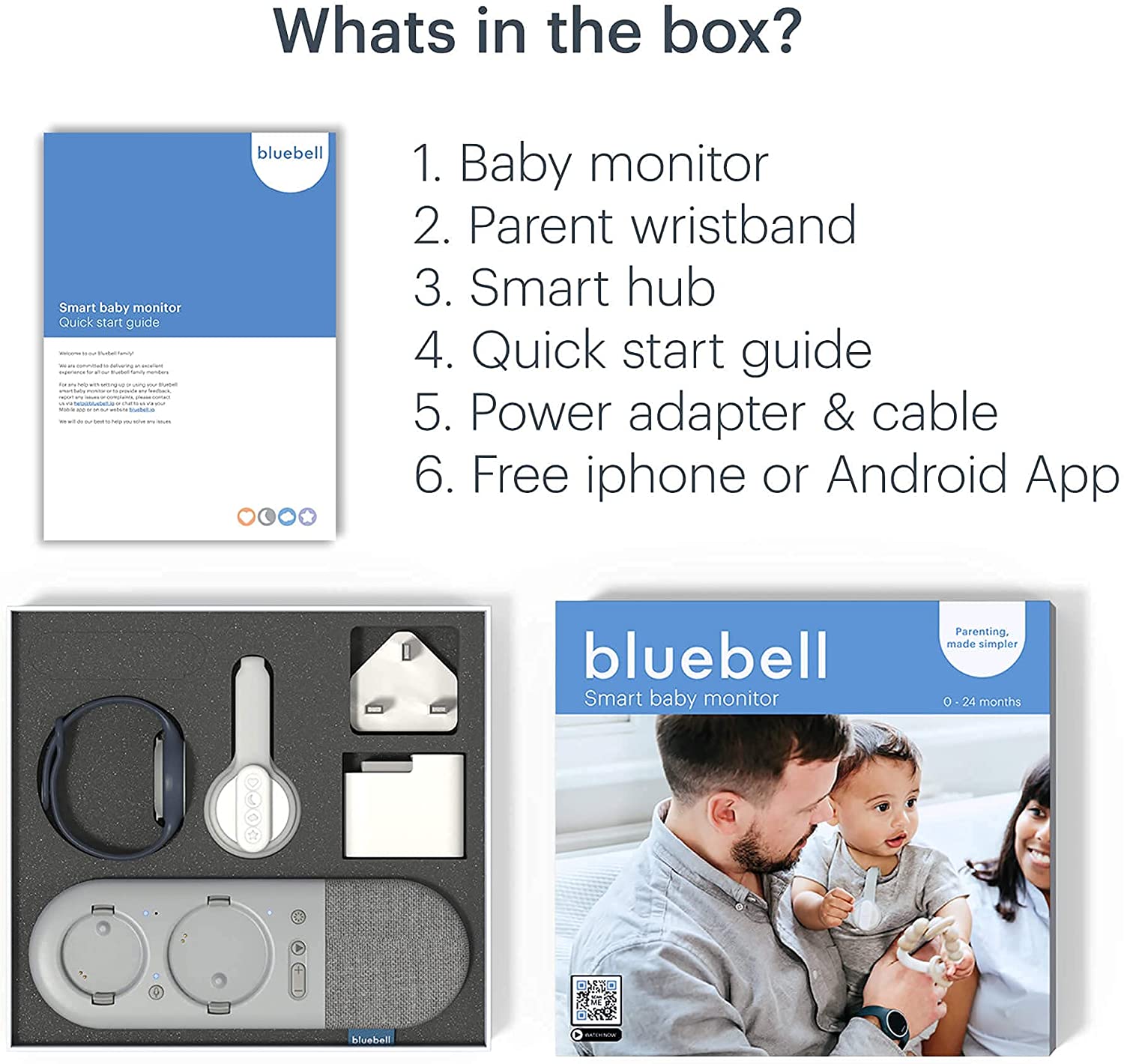 Finding your feet as a new parent isn’t easy, especially cracking that all-important routine. The Bluebell Smart monitoring system takes away the guesswork by tracking you and your baby 24 hours a day. Designed by doctors, it’s the only wearable made for both baby and you. A personalised planner and real-time prompts will help you settle into your sleep and feeding routine, so you can parent confidently with peace of mind. 1 year warranty.

Very important this comes with a one year warranty as it gives peace of mind. Superb quality. Would have given 5/5 if the watch had worked as expected. At first people may look and think it is a lot of money (which it is, especially for new parents). But when you look at the many features the monitor has and how many gadgets it combines into one (therefore you don’t have as many gadgets in the child’s room – which I agree with), then the price is actually quite reasonable. I would buy this, especially if the watch works 100% of the time. We would definitely recommend the product. If the watch worked 100% of the time, then I would definitely have awarded 5/5. We thought this product was great and loved all the additional features it offered. A great product for parents. We have thoroughly enjoyed using this product and look forward to more products from this company. 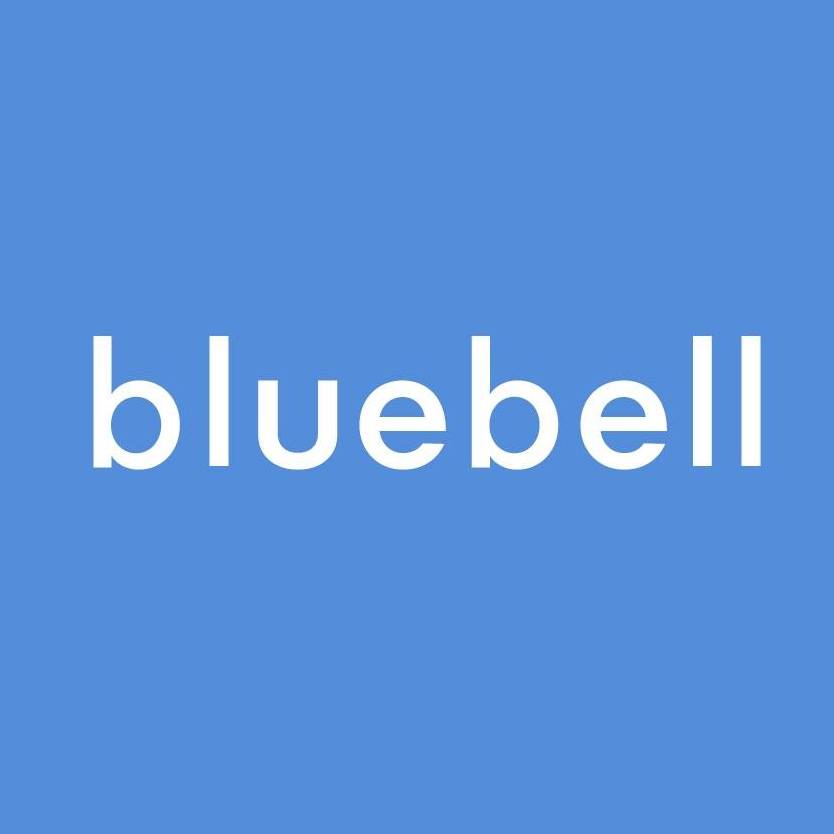