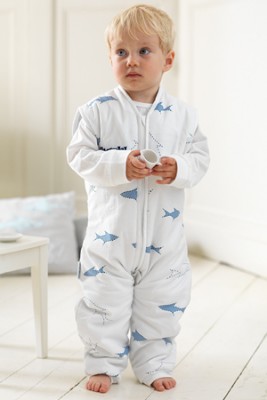 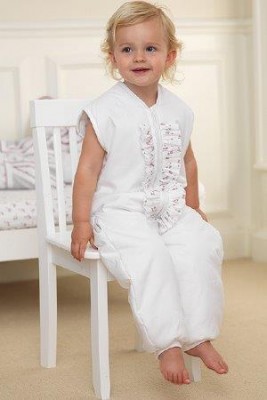 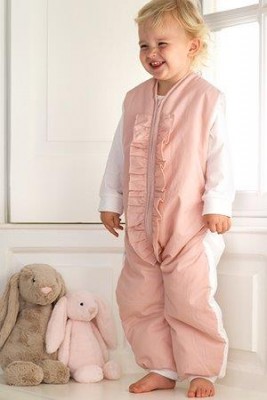 I really liked the look and feel of it, design is very
appealing, feels soft to touch. Packaging was nothing special, minimal
packaging which is always a good thing. The instructions were relatively easy; simple.
Jacob liked putting it on, and now he recognises it as part of his bed time
routine! He did sleep better; kept him very nice, snuggly and warm; without it
getting too hot, or uncomfortable. The quality is excellent, really soft and
thick. It washes well too, keeps its thickness, and dries reasonably quickly.
It’s a fantastic design for boys. Jacob is 19 months old, and likes the look of
it, and it isn’t babyish for ‘big’ boys! This appears expensive on paper
however, after using this product; it’s a good price for the product. I will be
buying another one; Jacob uses his every night so need another one so don’t
have to panic wash one in a day LOL! Not only have I already recommended it, I
will be ordering one as a gift for my younger niece. I am very impressed with
the product, the design, the quality, the easy use, the price. Excellent, just what Jacob needs! It feels so
thick and soft, yet Jacob doesn’t overheat when wearing it. He doesn’t like covers or blankets and
usually, my husband or I have to go in during the middle of the night to cover
him over with his blanket to keep him warm.
No need for that with the Dreamgenii twinkle tot! Even though they are
foot less, his feet still stay warm because he is kept cosy in it! He enjoys
wearing it, so it obviously feels as comfortable as it looks! Jacob loves the design, and I like it because
it doesn’t appear too babyish for him. He sleeps better using it, and has
become part of his bedtime routine. The
zip is thoughtfully designed, with a cover at the top to stop it from rubbing
against skin, also zips top to bottom so little explorers can’t unzip it! It
has a Velcro cover at the bottom to keep the zip tucked in, which stops little
fingers playing around, or it catching on anything. The zip was a little bit
fiddly to start off with, but now both Jacob and I are very used to putting it
on and off, so unless we have a tiresome boy who is fighting sleep time, it is
relatively easy to get on and off. I
would, and have, recommended this product to other mums, and I believe the
price to be good for the product. Love this product, and wouldn’t be without it now! Thank you 🙂 Gill Cross – Aaron 19 Months

This is well made, a good idea and a cute design. The design
of the packaging was fine; a good quality bag and instructions. There was a
good list of what clothing to put under the sleep suit with different
temperatures. I found I could work it out myself pretty much. The instructions
were on a huge piece of cardboard though, it would be more practical to have
them in leaflet form to keep. Putting it on wasn’t as easy as using a sleep bag
but overall it gave my toddler much more movement and he seemed comfier in it.
He got a bit excited in it when he realised he could bounce but in the morning
it was nice as if we didn’t have the heating on he could still be warm and be
mobile. It is easier and safer than using blankets (which I’ve never done).
However, I have sometimes used fleece sleep suits and found it quite bulky
compared to them and it takes longer to dry after washing. It is hard to tell if
he slept better as he has been ill recently but he didn’t seem to get as stuck
when rolling over as in a sleep bag. He found he could bounce around in his cot
more which made getting him to sleep a bit more difficult. It is well made,
with nice embellishments and it washes well (though takes a while to dry). I
think it would last a long time. I am not convinced the size 1-2 will last my
toddler until he is 2. I think he may have grown out of it by then (and he’s
average height /build). The design of the duvet set was nice; it was hard to
get him in it sometimes and I don’t think white is that practical for a sleep
suit. I know that not having feet in it means it is more versatile but I found
we had to put extra socks on him and so it would be nice to have the option of
buying ‘feet’ or having some with it. It is more expensive than other sleeping
bags and sleep suits such as the fleece sleep suits. However, the quality is
good and wouldn’t wear out as fast as the fleece ones. If it was on offer I
would consider buying it, but at full price I’m not sure I could justify the
cost. If you take away the cost issue, then yes I would. As a treat or present
I would tell friends to buy one. I don’t think it is a must have for toddlers
but a nice to have. If you have the money then buy one or ask for one as a
present and you would definitely not regret it. It is well made, practical,
nicely designed and also makes my toddler look ridiculously cute! Lucy Rigley – Dylan 16 Months

This looks great, and I was looking forward to using it. The
packaging was good; what I would expect when buying a product. The instructions
were good; I liked the fact that it told you the temperature and what your
child should wear so they wouldn’t over heat. I do prefer traditional bed
clothes. The only reason why I prefer normal bed clothes is my toddler is at a
fussy age and he knows what he likes which is being tucked in with his duvet
around him. He would wake up as he was not used to this. The quality is really
good; I liked the design a lot. It does offer value for money; if it is what
the child needs I think maybe if I’d tried it when he was younger he would have
liked it more. I wouldn’t consider buying it; the only reason is my child
didn’t take to it. I would recommend it; it’s a great idea even if I only use
it when I’m out and about it’s worth it. It’s a great product; I love the idea
and design. I was looking forward to using this product but as my child is used
to being tucked in he didn’t like it when I used it. I think I would use it
when I’m out in an evening and transporting him to the car. Sally McEntee – Jude
2 Years

I would, and have, recommended this product to other mums, and I believe the price to be good for the product. Love this product, and wouldn’t be without it now! Thank you 🙂