Warning: count(): Parameter must be an array or an object that implements Countable in /home/customer/www/bizziebaby.co.uk/public_html/wp-content/themes/pro-child/single-product_review.php on line 26
Saved In
Warning: Invalid argument supplied for foreach() in /home/customer/www/bizziebaby.co.uk/public_html/wp-content/themes/pro-child/single-product_review.php on line 38 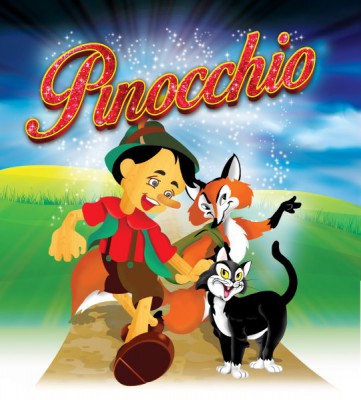 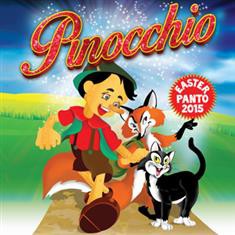 Join us this Easter at Dugdale Centre for the adventure of one puppets’ lifetime, Pinocchio!
Packed with audience participation, song, dance and of course puppets, this year’s Easter Panto will have you enjoying all the traditions of Pantomime!
Will Pinocchio ever become a real boy? Will the Cricket help Pinocchio to safety? Will the Fox and Cat spoil our story?

Oooh
tickets to a pantomime! Got excited. The theatre was clean and modern, small
but cosy had all the facilities that you needed. We were all very excited to be going to see
the show. The show kept the Childrens
attention all the way through with cues of when to boo and call out to
characters. The musical pieces
throughout the production broke up the dialogue which my children enjoyed which
I felt catered for their age group. , my older child related to the story more so than my 2 year old, but it still kept
her entertained. All characters interacted with both adults and children in the
audience, with the script catering for both adults and children. Both my children really enjoyed the
show. My eldest was talking about it for
days after watching the show and wanted to go see it again. The quality of the
production was to a very good standard, and it didn’t feel like it went on for
too long. This is a great show and good
value for money. Would have liked an
announcement when the interval started and for how long it was for as we were
unsure. As this was our first time to the theatre we did not see clear signs as
to where to go, but staff were on hand to help us out. We had a very enjoyable
day out. We did look at other shows
coming up but nothing caught our attention.
I would recommend this pantomime as it is a perfect day out for all the
family. A very enjoyable show which kept
both adults and children entertained. A perfect show for all the family to see,
a great day out. Tijen Perez – Ariana & Amara – 4 & 2 years

Initial
impression of Pinocchio was positive however it could have benefited by
advertising the show more and also promoting other upcoming shows. This theatre
is small but cute and well kept. As it
was our first pantomime we weren’t sure what to expect but my daughter was excited.
My son was captivated throughout he didn’t take his eyes off the stage. The story
was kept pretty simple it’s hard to say if my 2 year old understood it but he
was definitely amused! The characters interacted with the audience throughout
the whole show especially with the kids. The show definitely captured their
imagination. My two year old hasn’t mentioned it but I think he may be too
young to have an opinion with just one show. My daughter however asked if there
were more upcoming shows. I think they could have had better costumes
especially Pinocchio’s. I think it’s a bit expensive for the audience it was
aimed for and its location. I think they could have had better vocalists and
enough cast for the amount of characters that there was. Or at least a better
costume to cover up the use of the same person as this could have been very
confusing for the kids. I would return
for further shows at the dug dale centre.
I would recommend this show to others.
Pinocchio was a lovely show with easy access to the theatre and plenty
of nearby parking restaurants and stores for after the show! The kids enjoyed
the show and it captured their attention throughout with catchy upbeat songs
and continuous interaction from the characters. And it started on time which
perfect when kids are involved as it doesn’t take much to lose their attention.Ebru Misirli – Jada & Xylan – 11 & 2 Years

The
show looked like a good quality performance.
This impression was given from the advertisement to the start of the
show. The theatre was smaller than
expected but had a nice cosy feel. There
were good facilities, the food and drink was reasonably priced and it was clean
and tidy. We were all very excited
as we have seen the film many times.
This is the first panto my girls have been to so mummy and daddy was
excited to see their reaction. This did not capture Izzy’s attention immediately
but after about 5 minutes they were both hooked. Both related to the story to
the film and book. Izzy is not 3 until
next month but followed the story well thanks to the interaction. They spoke to the audience directly which
meant my daughters replied! They were
especially pleased with the sweets that were thrown into the audience. Stephanie believed what was going on around
her and responded clear and loud to the characters. They wanted to tell their
Nanny all about it. I asked Stephanie if
she liked the show and she said ‘Yes’ she liked ‘everything about it.’ The
quality was good. I was impressed with
Pinocchio. The puppet looked to be good
quality and the back drops were effective. The price seemed fair. I don’t think any
improvements are needed as this is a very good production. It’s
not my closest theatre but it is easy to get to and the parking was good so I
would consider going back. There seems
to be quite a lot of shows going on at this theatre. The Sword in the Stone caught my eye as my
daughter likes the film. I would definitely recommend this show to friends and
family. A good quality fun performance
which the kids loved. Laura Chalcraft – Izzy & Stephanie – 2 & 5 years

I would recommend this pantomime as it is a perfect day out for all the family. A very enjoyable show which kept both adults and children entertained. A perfect show for all the family to see, a great day out.