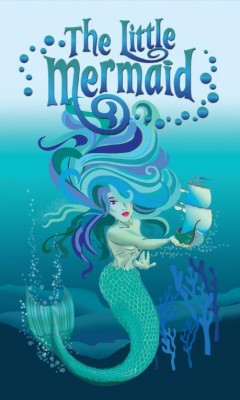 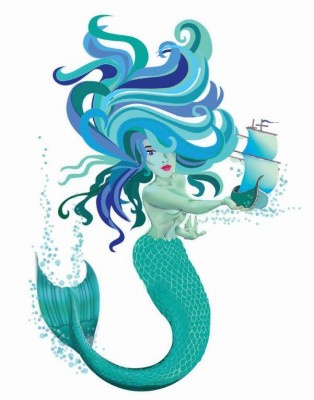 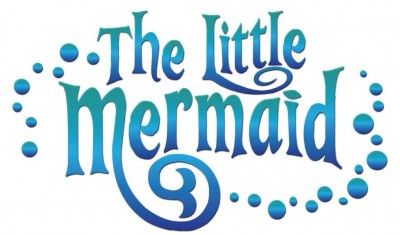 The Little Mermaid Easter Pantomime at Dugdale Centre Easter 2014.  Written and directed by Marc Day (Writer and director of Millfield Theatre Pantomimes!)
Following the sell-out success of Rapunzel last year, Easter pantomime returns to the Dugdale Centre with The Little Mermaid. Packed with audience participation, puppetry, song, dance and one of the most enchanting stories of all time, The Little Mermaid will provide every audience member with the opportunity to boo the baddie and cheer the goodie – just like every Panto should do!

£40.00 for family ticket and check online for prices for future shows www.dugdalecentre.co.uk

I
really wanted to take my daughter to this panto, as she loves ariel. The theatre is very clean, very kind and helpful staff. My daughter wouldn’t stop talking
about mermaid and princess ariel. The facilities are really good and they have a nice little cafe selling snacks &
lovely ice cream Easy to find, we took the train and it was a 2 minute walk
from the station. My
daughter sat still the whole time watching the show carefully. It was shown in a very child friendly way. At the end of the show they were singing and
the characters came up to the audience and was waving at everybody. My daughter absolutely loved the show. She hasn’t stopped talking abou the show!!!
She cant wait to go back to school and tell her friends and teachers. It was a 5* performance, It wasn’t too long
for the children to get bored. The
performers were wonderful making eye contact all the time with the audience,
Getting everybody involved. Excellent value for money. The show was fantastic perfect as it is. we also bought tickets for my sister and niece so
that they can come and watch the show as well. They also loved the show. It was very entertaining, Everyone was
joining in with the singing, The characters were interacting with the audience.
Some of the characters were familiar as we had seen Dick Wittington at
Millfield Theatre, tickets were provided by Bizziebaby. It was lovely way for my family to
start the Easter holidays. Derya
Eryurekler – Dilara & Halil – 4 Years & 8 Months

From
looking at the advert for the play I wasn’t sure about what it would be about.
Only that it would be based around Disney’s the little mermaid film we all know
and love. The theatre was quite small
but cosy! It didn’t feel like we were squashed up with other members of the
audience. In fact, the space we had felt like it was more than we get in our
local cinema. Ethan had been
looking forward to going for months. Every week leading upto seeing the
pantomime he would ask if we were going that day. I was quite excited too as I
had never been to see a pantomime at the Dugdale Centre and it was a great
opportunity to see what the centre had to offer. The food facilities could have been better.
The café menu showed that there are sandwiches on offer and that they can even
make toasties. However I didn’t see any sandwiches displayed. There also wasn’t
much option for children to drink apart from water, J2Os and Ribenas. It would
have been better if they had more kid friendly options for drinks and
sandwiches available. I didn’t see any on display so maybe they had them at the
back but it would have been better to see them if that was the case. Toilets
were clean and there was plenty of places to choose to sit down with your
family for a bite or ice cream to eat before the show. Also a huge mention
about the ice cream they serve there… DELICIOUS! It may be a bit pricier than the ice cream van but it
is worth it! We’ve planned a day at the local park in summer with a stop at the
ice cream parlour. My son seemed to be
very interested in watching the panto. He had watched the whole play without
complaint and when I asked if he was enjoying it had always responded
yes! He did understand the story
to an extent. I think he got a little confused when the actors were singing
with puppets and then some where introducing their human self and then singing
with the puppet. I know he didn’t understand it because he asked both me and
his dad why the man was singing like a girl and then talking like a man then
singing again like a girl. Apart from that I think it helped he had watched the
movie it is loosely based on before to understand the context of the pantomime. There were several that had interacted with
the audience. One felt quite forced and others were fantastic. In the end they
all came into the audience to sing and dance and that was great! Really got the
audience involved and had all the children and adults singing and clapping
along. His imagination about the sea has
really taken off! I’m sure if we could have a real life underwater party for
his birthday he would. Since we have
been my son has been talking about mermaids being pretty and the occasional
reference to dresses we see in shops for girls being beautiful like the mermaid
would wear. He has also been talking about swimming and living under the sea! The costumes could have been better for the
actors/actresses. Apart from the leading lady and the leading and 2ndto leading actor. The villan’s custume was quite good too but the earlier roles
played really could have been better. For
how much the tickets would have cost I think it was reasonable as it’s not a
big west end show. It’s a good cost for a family day out. I think the production could have been
better. The costume and props could be better.
I would recommend this show. I thoroughly enjoyed it along with my son
and my husband. The children in the audience you could tell enjoyed it too. It was a fantasic experience and a
lovely day out had by all the family.Celestina Edwards – Ethan 3 Years 11 Months

With
twin girls and mad fans of the Little Mermaid we were all very excited to be
going along to see this pantomime. We
live fairly local to this theatre but have never really gone along to see a
show. The theatre is easy to find and
very well designed and the layout is comfortable for all the family. My twins has been on and on about going to
this show for weeks, so when the big day finally came they were so
excited. This theartre is comfortable, the staff
are really lovely and helpful and you have a wide range of facilities offering
food, ice cream and the toilets were very clean and well maintained. Our seats were very comfortable and could
clearly see the stage. My daughters were absolutely enthralled. They did not take their eyes off the stage
and were whooping, laughing, clapping and singing. They knew the Little Mermaid story and were
fascinated to see this show on the stage.
They did not fidget once! The
cast were fantastic and would interact with the audience which made it a lovely
experience for our twin girls. The cast
were brilliant at interacting with the audience which is what a pantomime is
all about. A fantastic production which
was enjoyed by all of us, yes even mum and dad joined in the singing. The show is superb, well presented and a
captivating story. Great value for money
especially as not far from us and easy to get to. My girls have not stopped talking about the
show and have been telling all their friends how wonderful it was. They want to go back to see more shows and we
have been looking online to see what else is on offer this year. I was delighted with the experience, the theatre
is ideal for families and the show was just stupendous. Highly recommended. We all had a wonderful time and will be going
back to see more shows in the future. Janine
Halligan – Lilly & Amelia – 4 Years

It was a 5* performance, It wasn’t too long for the children to get bored. The performers were wonderful making eye contact all the time with the audience, Getting everybody involved. Excellent value for money. The show was fantastic perfect as it is.