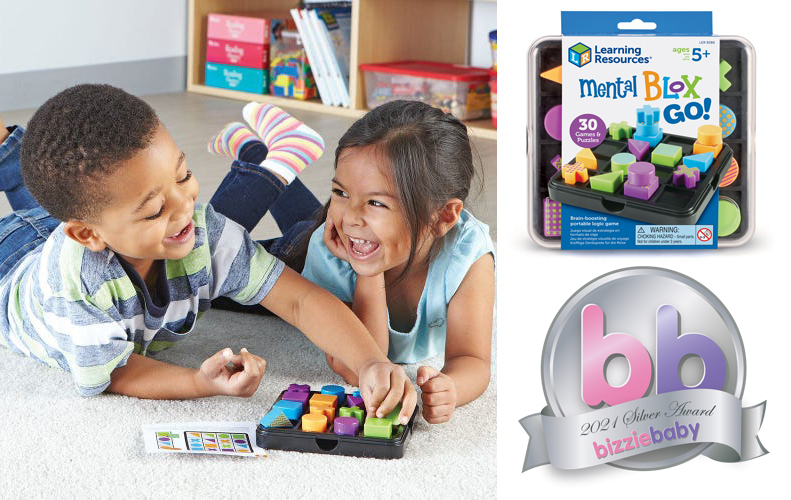 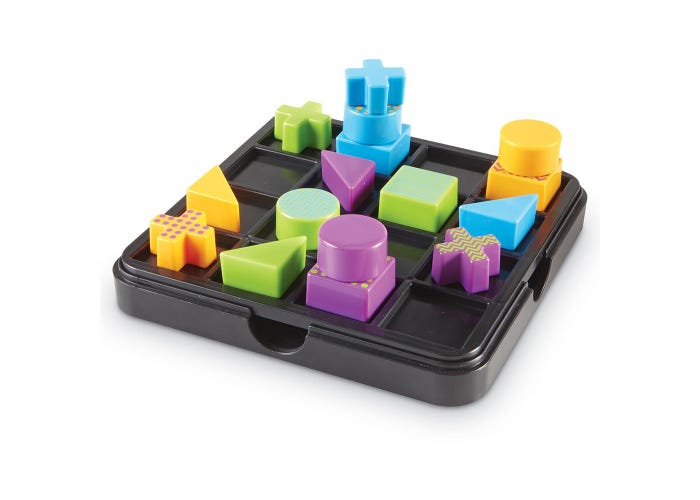 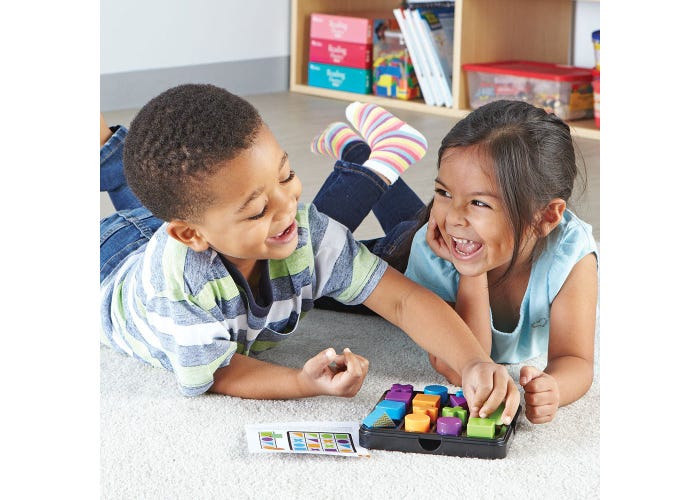 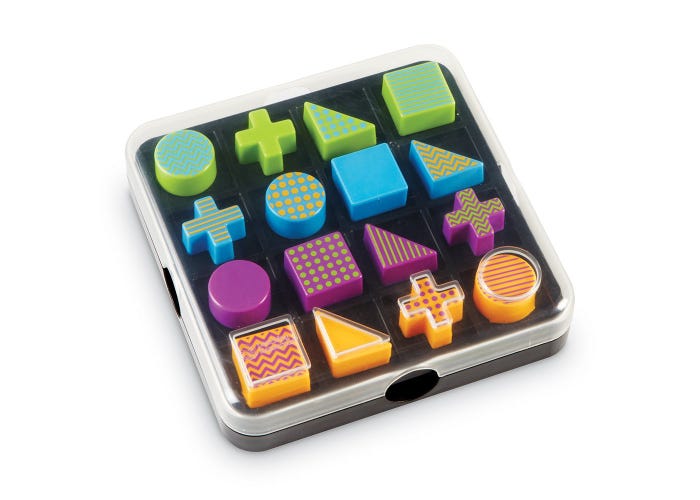 Well my kids first impression was to unbox and start playing! So I can say I was impressed by that. I have always preferred to buy toys that were educational so this was a perfect game. Instructions very clear and easy to follow. Nawal I felt was a bit too young to understand the sudoku game. Nawal loved the memory match, she would play for hours. She found the slide & solve game quite difficult to understand but hopefully will be able to play in the future. Nawal loved to play the Piece by piece game. The Swap 2 sounds like a really good activity but found it hard to understand. Attribute I thought was a very good game but children found it difficult to understand. Nawal thoroughly enjoyed Spot the blox game and it was great for her memory. She also enjoyed Spot the Blox! What’s New as much as the ‘What’s missing’ game. The chess game was not easy for her to understand so never really had a chance to play this game. The tower od my 5 year old felt it was repetitive, my 3 year old (even though too young for it) he thoroughly enjoyed it, kept him quiet for a good 30mins which is quite rare for him. I definitely agree this is a great toy to take on the go, it’s very compact, has a lot of different games to keep kids occupied, better than giving them phones or tablets. Whilst some games were a bit complicated, the majority were exactly what my daughter needed, its stimulates the mind, great game for developing her memory and patience. Some of the games that were more complicated were better played with an adult to run her through the game. I definitely agree that it is the perfect game for keeping them entertained, gets used quite a lot during the week. I’m impressed with the storage as its compact and sturdy. Keeps everything in place, even has storage for the instructions. My children would use this a few times a week, I think it’s been getting a lot of good use so far. They have mostly played this at home, I have not had the chance yet to test it whilst travelling. I feel this game is better suited for over 5 year olds, although my 3 year old had a go at some of the games it was still too advanced for him to understand. My daughter loves the colours and patterns in this game. For me the game took me by surprise, as it looks quite simple and basic. I was not expecting it to have a lot of different games. This is very sturdy and definitely good quality, the patterns seem to be scratch resistant as even after intensive use, they look brand new. Whilst I think it’s a great toy with lots of activities I do think the price could be a bit cheaper, now that I know what it offers I would most likely pay between £10-12. Price does put me off but if I saw it for cheaper than definitely would, it’s a great game. I would recommend this, I think it’s important for kids to have a few toys that are developmental, they are great for a lot of reasons, one reason is to learn how to focus. The only downside is the price otherwise it’s such a great game, it’s perfect to take out on day trips or holidays, it’s better than having phones or tablets as it is something that can be played with more than 2 players, this teaches them to be patient between turns, more family activity time. Areej Yasser – Nawal & Ilya – 5 & 3 Years

Very excited to receive it looked exciting. Thought the concept was very good. Quite clear instructions. Enjoyed the sudoku part of the game and the noughts and crosses part. We played memory match together and enjoyed it. But found the puzzle part harder. The slide and solve game my son did find a bit too challenging. He did enjoy Piece by Piece but did get a bit bored with this game. My son really enjoyed the game Swap 2 and played this with his sister. The Attribute 3s was enjoyed by both of us. Spot the blox what’s missing  was a fun game but my son felt it was a bit too young for him. Spot the Blox what’s new was enjoyed by my son. My son really died enjoy the chess fame. Tower od was enjoyed but not one of his favourites.  It is very good for travelling as the pieces are not too small to be lost. My son did enjoy all the games on offer and enjoyed playing with siblings, friends and family. Tom has speech difficulties and is having extensive speech therapy at the moment. Part of his therapy is to have short sessions with single family members to play  short games (no iPad or electronic games). This game has been brought into this sessions regularly.  This certainly did keep him entertained. The storage case is ideal for storage and travelling. We would play the games on this all the time. This has been played at home, on our travels and on holiday. I do agree the age suitability was ideal. My son seems to like the challenges set by the variety of games on offer. I liked the idea of more than one game in the box so different challenges each game and the neatness of it all in one box. Quality is excellent and virtually indestructible. Excellent value for money as said above variety of games at multiple levels.  I would buy this game.  I have already recommended and I have in fact he has taken it to his speech therapist and they were very interested in purchasing one. Really helped with our sessions.  It’s very hard to try and keep fun and discussion in our speech therapy sessions  so as to keep Tom interested was great.  The game helped enormously i.e. discussing rules and tactics.  Janice Hope – Thomas 8 Years

The quality is great – both the pieces and the case are very well-made and feel like they will last for a long time. I think the price is great considering the number of games you can play with the set. This is exactly the sort of game I would buy for my child. The price is good, the quality is great and it feels like a product which my son will get more from as he gets older too. I would recommend this. The games are fun while developing useful skills and the range of games included mean it is likely to get played more often. I really liked the concept of this game and think it has been done really well. The quality is great, the instructions clear and easy to follow and the variety of games included offer lots of options to play. We enjoyed playing this game a lot as a family and it has really appealed to my son. A great game, well-made and one which will last for a good length of time.