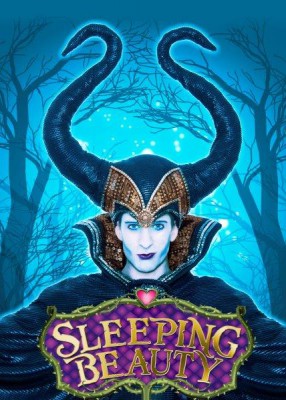 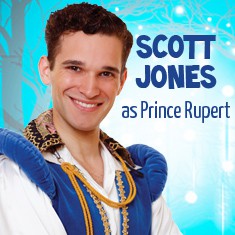 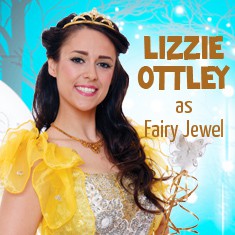 For the first time ever Millfield Theatre presents the pantomime of your dreams.  ‘Sleeping Beauty’

We
were delighted to be offered these tickets as a Bizziebaby tester – this would
be our first family panto, and as the date drew closer my son had been seeing
the posters all over town. We were able to give him a lovely surprise. When we
arrived at the theatre we were struck by how lovely it looked. The seating area
at the bar was comfortable and decorated prettily for Christmas. It was easy to
find our way around. We were shown our seats by friendly staff, and were quite
comfortable in the seats throughout the performance. My husband has long legs
so we were a little worried about his comfort, but he was quite happy with an
aisle seat. We’d held back the news that
we were going as a surprise for the boys, so when we told him where we were
going Xander got very excited. As parents of course we were happy to see him
excited, and couldn’t wait to get there and enjoy it as a family. The show kept our oldest amused throughout –
every time I looked over at him he was grinning, joining in, or watching
intently. At the interval he didn’t want to leave his seat in case he missed
anything. For a 4 year old to sit still for such a long time … well
that’s a feat indeed! I was very impressed. My youngest got a little restless
at times, but he isn’t yet 2 and the panto isn’t aimed at his age group, so
it’s understandable. However, even he was dancing in his seat during the songs
and after a little nap during the show, he woke happy to enjoy the rest of it. Xander
understood most of the story. I think there were a lot of jokes thrown in for
the parentsthat went completely over his head (as they should do!), and
references to reality TV shows which we don’t watch (mainly X-Factor and
TOWIE). Maybe there could be less of them in my opinion, but that’s more
personal taste. The characters interacted well with the audience, even managing
to get my shy son shouting back at them – particularly the Jester and the Nurse.
Before we went into the show he was approached and offered a ‘golden ticket’ to
go on stage during the show, but he turned it down. It would have been lovely
to see him, but I’m sure the girls that went instead had a great time! The whole thing from start to finish
captivated Xander. He was acting scenes out at home last night when we got
home, and has asked to see some more Sleeping Beauty. He has been talking about the show almost
non-stop since – randomly asking us every so often if we enjoyed it. On the
walk to school this morning he bumped into a friend and started talking to her
about it, and is asking when he can go again (I’ve told him next year, but for
a 4 year old I’m sure that seems an age!).
The show was done very well, with great original songs, lovely costumes,
and perfectly timed audience interaction.
As we were leaving my husband and I agreed that had we paid to see this
show we would have been very happy indeed – so much so that I’m sure we’ll be
booking tickets next year. Personally I feel we could have had fewer references to
TOWIE, but that is, as I said more personal taste than anything. We will definitely be
back next year, if not before. We found the theatre comfortable and welcoming
(although could have done with better parking facilities). Xander is already
asking to see ‘The Smurfs and the Magic Lamp’ which is on in January, as there
were eye-catching posters around the foyer. I
would definitely recommend both the show and the theatre itself to anybody. I can’t really find much about this show to
fault – keeping a 4 year old entertained for as long as it did is pretty
impressive, and keeping his little brother entertained as long as it did is
amazing. Two very happy parents here, pleased to give their boys a lovely day
out to kick off the countdown to Christmas. Couldn’t ask for much more! It was
great all-round entertainment for the whole family in a lovely, friendly
environment. Michelle
Lyons – Xander & Logan – 4 Years 6 months and 18 Months.

We
were excited to go and see the pantomime. Lovely theatre small but clean
and tidy and staff were friendly. We
were all really excited to be going to the show. Both my children loved the show even the 14
year old. The story was very easy to
follow. The characters in the pantomime were excellent always including the
audience we were very impressed. This show
was captivating for all the family. This
was a jam packed show with so much happening. My children really enjoy the day
as we had to travel quite a way but it was worth it. It was a fantastic
production bearing in mind there was no one famous in it and not too many
characters either. Compared to pantomime
ticket prices in general this is a fair price for a family ticket. The show was
fantastic as it was and my children loved it.
We would highly recommend this pantomime. It was a great day out as a family and the
kids absolutely love the show it is a very small and intimate theatre which is
lovely so there was no pushing with too many people around. We loved it.Jacqueline Earnshaw – Scott &
Cerys – 14 & 8 Years

We
thought this was very good. The theatre
is smaller than some, but very clean and presentable. We were excited to be attending a pantomime,
but we were not sure what to expect.
This certainly kept both my children entertained. We all loved the show and found the story
great and kept us all interested. The characters in the show were brilliant as
they were always including the audience with speech, dance and general
interaction. This is a captivating show
as always so much going on. My children
have been singing the songs from the show and talking about their favourite
characters. The production was very good
and the main characters in the show were brilliant. This is excellent value for money and we all
enjoyed the show immensely. The show was
amazing brilliant as it is. We would
definitely recommend this show and others hosted at this theatre. It was great fun for all the family and we
all had our favourite characters. It was
entertaining, colourful and we all enjoyed the interaction with all of the
audience. A fantastic pantomime. Lorraine Edwards – Liam & Elise – 14 &
9 Years

Two very happy parents here, pleased to give their boys a lovely day out to kick off the countdown to Christmas. Couldn’t ask for much more! It was great all-round entertainment for the whole family in a lovely, friendly environment.