The Dog Detectives in an American Adventure 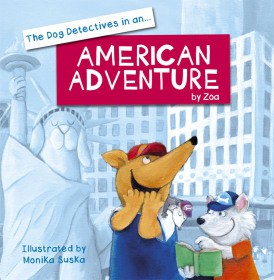 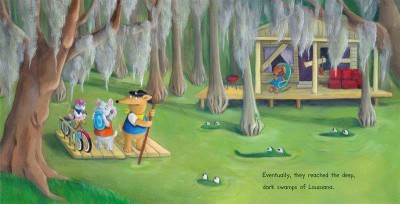 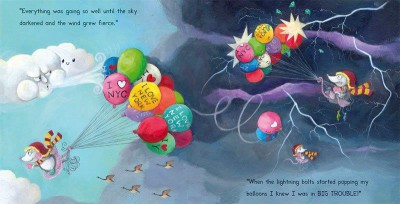 The Dog Detectives in an American Adventure by Zoa Gypsy

Imogen the Opossum is lost and it’s up to the Dog Detectives to get her home! Detective Jack’s shortcuts have them zigzagging across America, through famous and exciting places. Will Deputy Poco Loco ever convince his boss to just use a map?The fourth book in the Dog Detectives Series.

The Dog Detectives in an American Adventure Reviews

Emma
Awarded The Dog Detectives in an American Adventure by Zoa 3.6/5

Looks like a good story but is it a sequel? Quality of the actual book
was in line with the rest of the market.
Quality is good and in line with other books on the market. She was
interested to see what the book was about. The illustrations were great. In
line with other books on the market in this value range. I think that the
novelty soon wore off but she thought it was "ok” the first time reading. Not overly keen on the story. It was a bit
here and there. Not so much flow and no rhyming – My 4yr old like a rhyming
book i.e. Julia Donaldson – the facts at the back of the book were interesting
but a bit over her head. This book was ok. I think the story could of done with
more flow and rhyming for our taste. I have bought several books like this
format before and wouldn’t pay more than £2.99 for a book of this style –
perhaps less as it isn’t from a high end author/ illustrator. Better for older
children, ok addition to a collection at a lower price. Emma Brownbridge –
Mya and Kasey – 4 & 1 year

Suzanne Awarded The Dog Detectives in an American
Adventure by Zoa 3.3/5

I liked the cover and was excited to read it
to my son. The book is a great size with good page quality. Brody was keen to
read it with me when he saw it. I thought the pictures were good. Using the
typical landmarks for each place they visited was a good idea but a bit lost on
Brody. He especially liked the swamp and alligator pictures. He will sit
through it but didn’t ever ask for it or look at it by himself. So I would say
he was just indifferent to it. It was a nice enough story. Not very funny or
memorable. Other than the alligator page he wasn’t all that stimulated. I think
the story was too complicated for him and having never been to America there
was no point of reference. A book for maybe a bit older than 3 years. A bit of
a boring story. This book looks great and has nice illustrations. I found that
my 3 year old was never very engaged in the story and that the plot was too
complicated for him. I didn’t particularly like reading it to him as it wasn’t
very funny and held little relevance for us. Suzanne Scott – Brody 3 years

Front cover was appealing and bright and
colourful, caught Charlies eye. Book is
good quality which I expect from Maverick books as we purchase a lot from
them. Charlie wanted to read the book
and find out about all the dog adventures.
The story was OK but this one did not capture my son’s attention. We read it a few times but now in the book
box. The story just did not grab
up. The book and the illustrations are
great but did not appeal to us. I would
not purchase this book. I would
recommend to anyone who likes these sort of books as it is one in a
series. Nice presented book, well-illustrated
but just did not capture my son’s imagination.Sally Hampton – Charlie 4 years

Better for older children, ok addition to a collection.

Emma Awarded The Dog Detectives in an American Adventure by Zoa 3.6/5

The Dog Detectives in an American Adventure Stockist Information