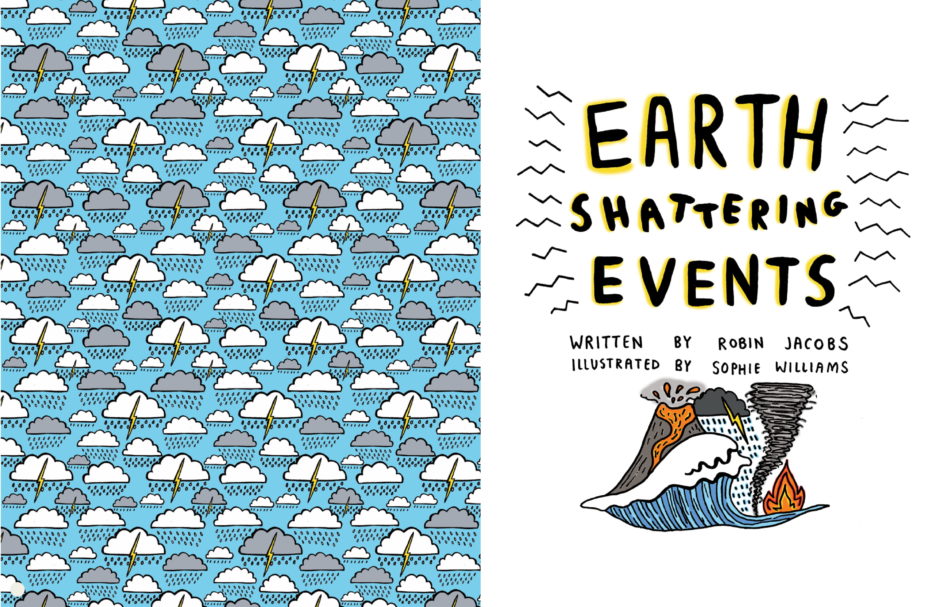 We humans take our domination of the planet for granted, but sometimes nature reminds us that this is an illusion. Tectonics rip open the earth, vast waves sweep away coastal towns, magma spews from volcanoes and hurricanes lay waste to entire countries.

This book explores nature at its most destructive. Clear, coherent explanations break down the science behind phenomena including hurricanes, tornadoes, avalanches, earthquakes, tsunamis and volcanoes, alongside fascinating facts about the biggest and the worst. warm, informative illustrations by Sophie Williams bring the facts to life.

Robin Jacobs is a writer of fiction and non-fiction living in Bristol. She studied Earth Sciences at York University and is an afficionado of maps and geology.

Sophie Williams is a recent graduate from Winchester School of Art. Her distinctive illustrations are filled with humour and curiosity, taking inspiration from the nature that surrounds her in her Cornwall home.