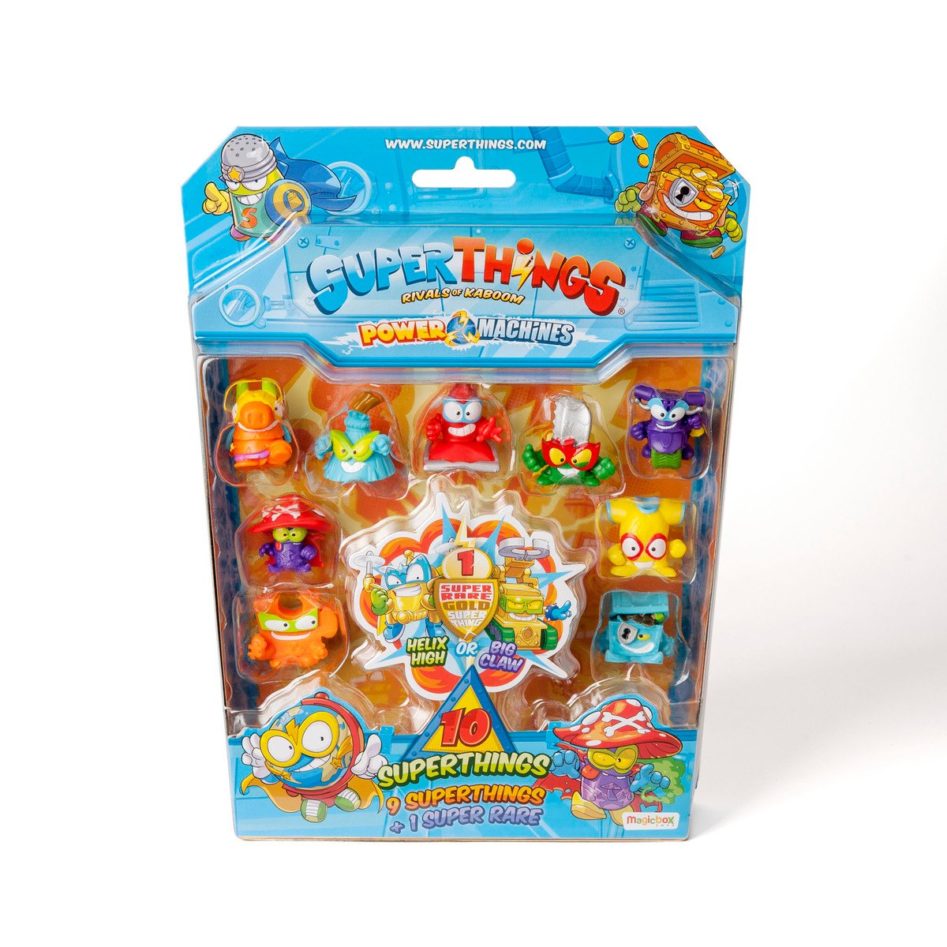 Magic Box Toys, the creatior of collectible brands such as Gogo’s Crazy Bones and Zomlings, is excited to announce the launch of SuperThings Power Machines.

In SuperThings Power Machines, a new Ultra Rare glow in the dark character – Dr Volt – arrives in Kaboom City! As a clever inventor of the Power Machines, Volt makes his two gold rare leaders and six silver rare Team Captains. When a riot breaks out in the lab, half of Volt’s force become villains who then escape with a number of Power Machines. Now the battle to save Kaboom City continues!

Using everyday objects and food as collectible characters, SuperThings taps into the ever-popular ‘hero vs villain’ format which has proved immensely popular. SuperThings Power Machines will see a further 80 characters unleashed from Kaboom City as blind packs (RRP£0.80) adding to the collectability with fans wanting to complete their army.

In addition, there will be eight Power Jets to collect, with an RRP of £2.50

For the ultimate combat armour, Power Bots are eight giant robots with a secret compartment where SuperThings are able to fight from the safety of the Power Bot super shell. Who will be victorious? Each pack includes a SuperThing and will retail at £5 each.

Complimenting the collectible series will be a toy range, designed to enhance the world of SuperThings for fans. Battle Spinners are rip cord operated spinning capsules which all house a SuperThing to propel them into battle. With eight to collect across four characters, each pack will retail at £8.00.

For the ultimate war of the worlds, the Battle Arena Playset (RRP £30) will bring together all the characters under one roof to fight it out once and for all. With two exclusive SuperThings and 2 exclusive battle spinners, kids can place their favourite characters in the audience to watch the rip-cord action duels.