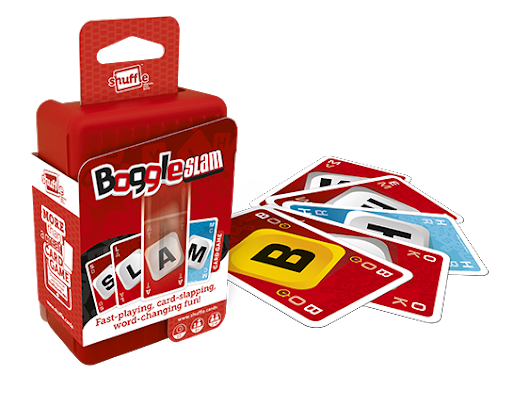 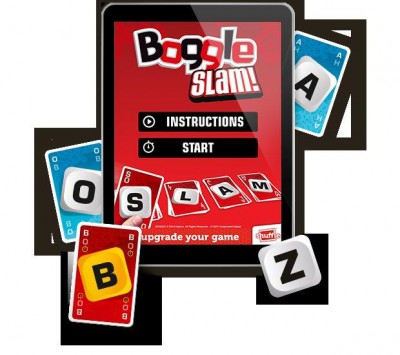 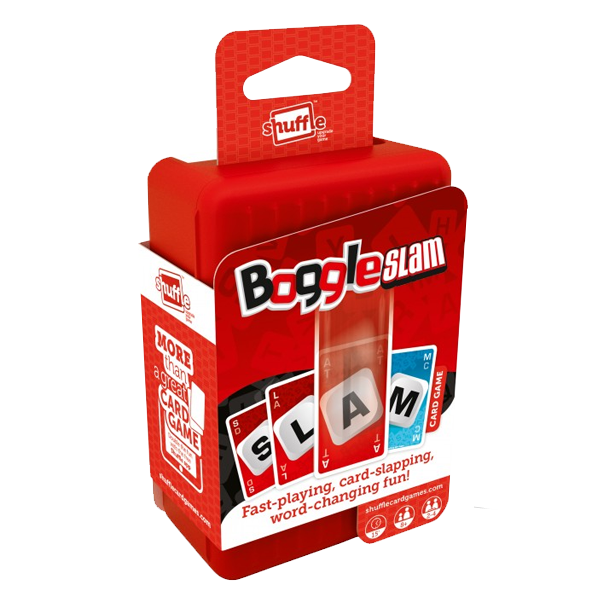 Race against each other to change the four-letter word on the table. Change GAME to FAME, FATE, LATE. Be the first to get rid of all of your cards and win the game! Double your fun with the free Shuffle app: activate bonus letter cards and lock out the other players so you can play faster!
Free app with extra gameplay & quickstart

It’s also small enough to take on holiday. I really like this game. It was good fun, for adults as well as children. It’s easy to modify the game for younger children. It would also be good to see the letters printed as lower case as this would really help the younger children with their word formation.