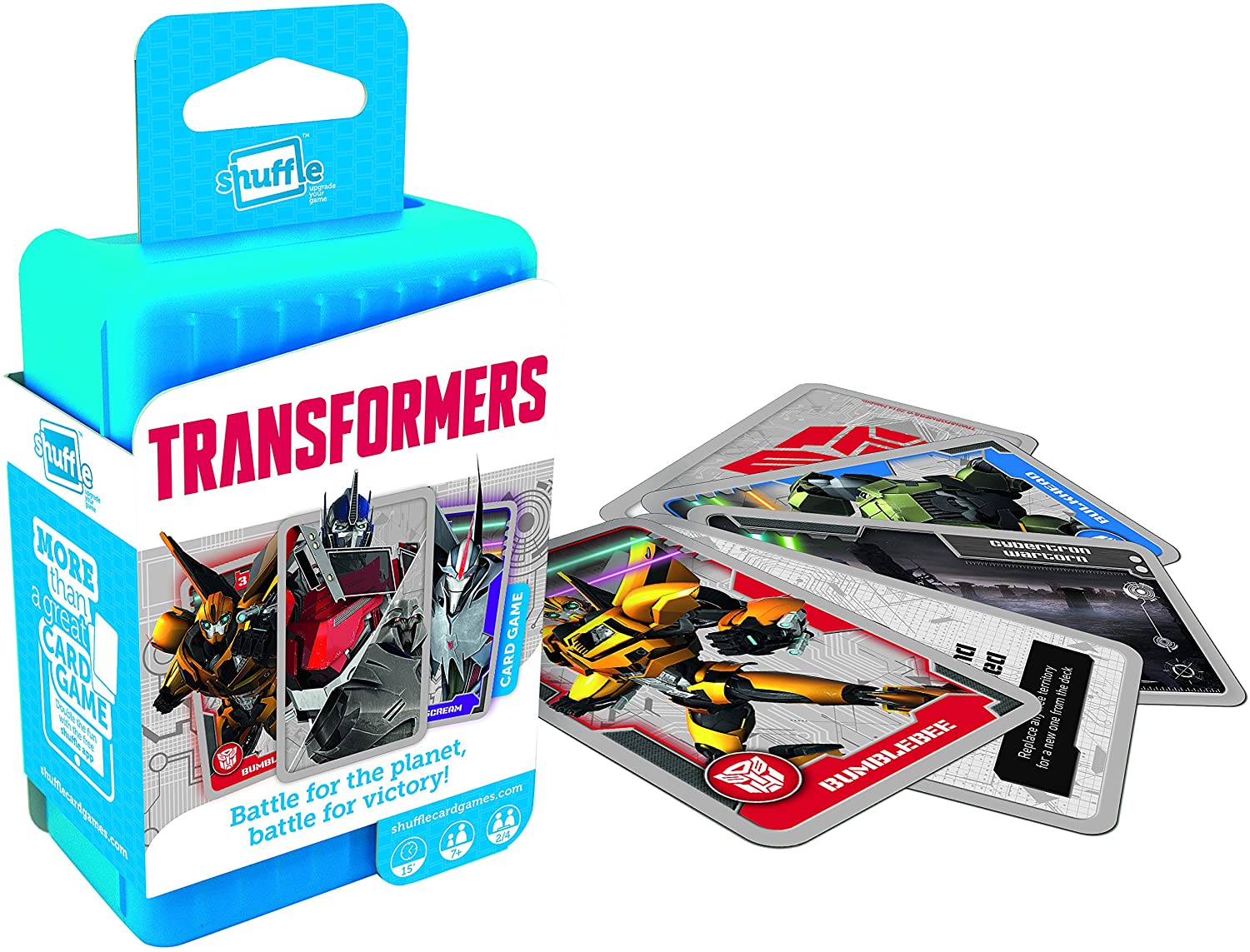 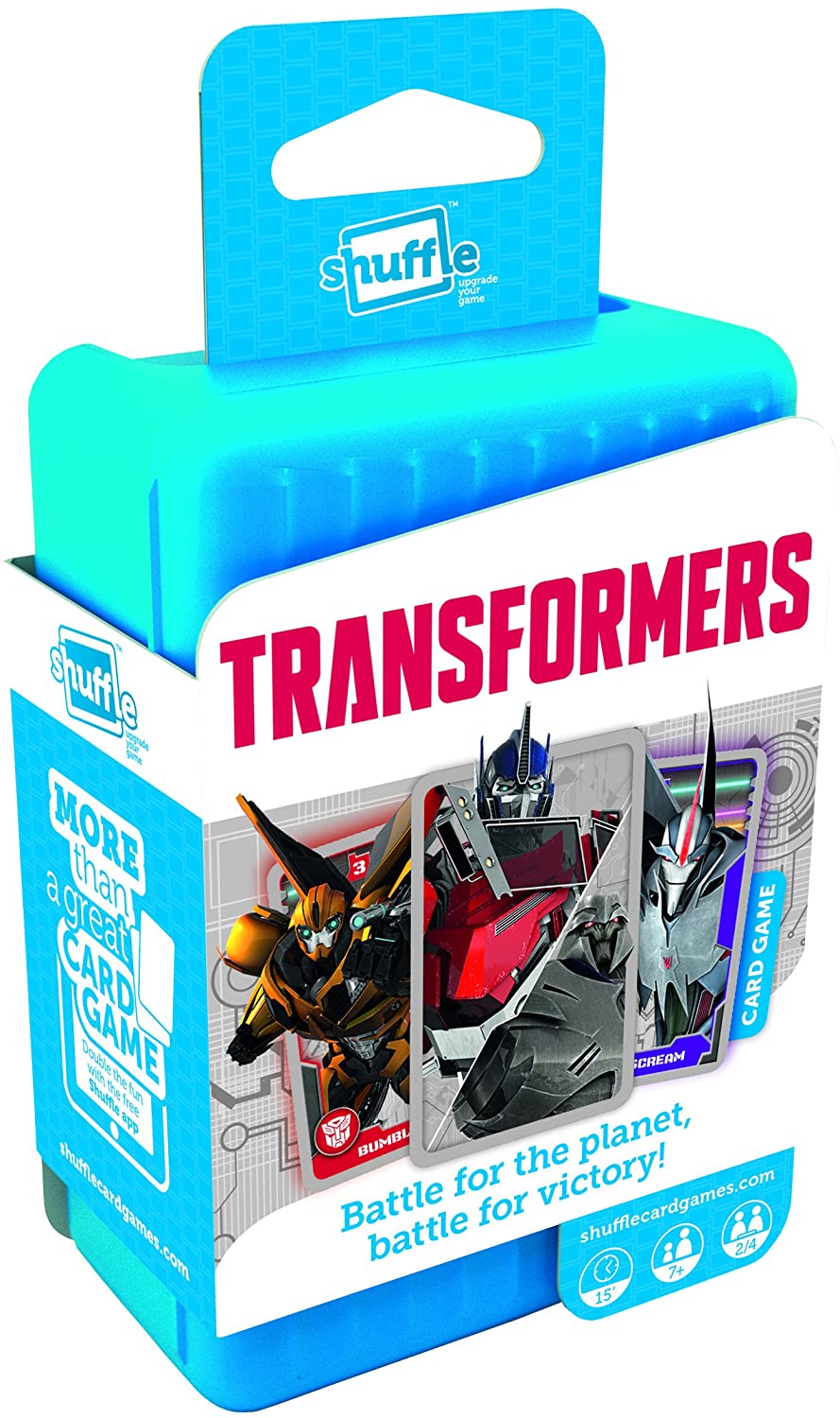 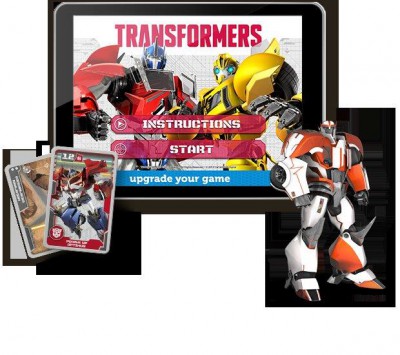 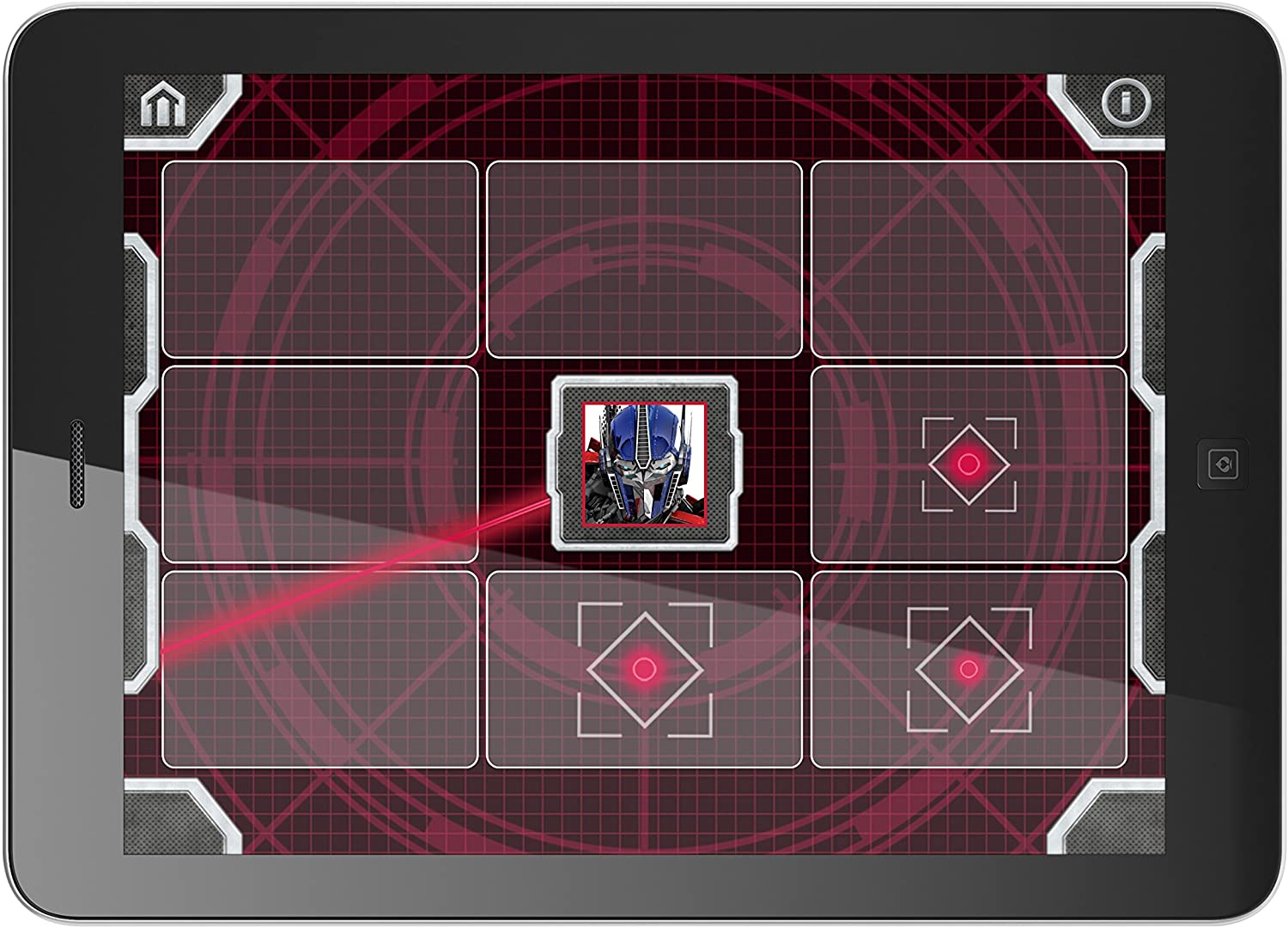 Get up to speed with the Shuffle TRANSFORMERS card game with this interactive, animated quick-start guide. Learn to defeat the enemy warriors without reading a word!

Zayan loves Transformers so am looking forward to playing this. The packaging is good. Could perhaps be a bit brighter to reflect the Transformers branding. The instructions are very short, but after a couple of read throughs quite clear. I expected it to be more complicated. Zayan understood exactly what he needed to do. He got it wrong a couple of times, in that he forgot that he needed to match both skill colours to achieve the maximum score. The age range is fine. It’s fairly simple once explained to the children. Zayan enjoyed playing this game. He played it more than once in a row. He really enjoyed playing with four players when his friends came round. It helped him understand about strategy and encourage him to use his maths skills. Zayan would have played with this for hours. He’s played with it by himself, by playing the cards blindly to see who would win each time. The cards are engaging and quite tough. This is excellent value for money. Zayan played with it for ages. I would be more than happy to buy this. I would definitely recommend this game. Zayan loved playing this game. It didn’t thrill me quite so much having to play it with him, but when he didn’t have anyone to play it with he was happy playing it by himself. Samantha Montis – Zayan 7 Years

I’m keeping an open mind about this game. It’s not something I would gravitate to as I don’t really ‘get’ Transformers. The packaging is good. Sturdy and functional. It took me a little while to get my head around as Transformers is something I’ve never watched or engaged with, so I had to learn the whole concept of Transformers first, not just the game concept. Samuel understood the premise of the game as he has watched Transformers, so knew about the role of the Decepticons and Autobots. It didn’t take him long to work out what he needed to do. The age range is fine. I think if the younger end of the range have a parent who is familiar with Transformers they will be fine. Once you understand the rules it is quite easy. Sam played this for a while. He didn’t really want to play for more than two or three games though. He spent a while going through the cards before playing it to see what all the skills were for each team. He didn’t really want to play much more than two or three games in a row. It didn’t really hold his imagination for very long. He was a bit more engaged when playing with another child, but when playing against an adult he wasn’t so interested. He hasn’t really been interested in playing it in any other way. The cards are well designed for the older child. I think younger children wouldn’t like them quite as much. I think the text is probably quite difficult for younger ones to read. I think if your child is interested in Transformers then it would be great. Sam has watched Transformers before but it’s not a particular favourite of his. I would recommend this game if the child was a fan of Transformers. We didn’t really get the full potential out of this game as we’re not huge Transformers fans. It’s an easy enough game to play once you get going, but not one for us. Emma Tomlin – Samuel 10 years

Timothy is a mad fan of Transformers so this was ideal for him. Good quality packaging. Instructions very clear and precise. Timothy understood the concept of this card game as mad fan of Transformers so was fully aware of all the Transformers characters and jargon. I think the age range is ideal as good to help develop skills and also good game all family can play. Timothy enjoyed playing this game with friends and all of us would join in sometimes. Was a good easy game to play with all his friends and they would play for a long time. Helped develop his sharing skills, patience, also helped improve his maths. He enjoyed playing with his friends mainly. This is a good quality interesting card game which will certainly entertain Transformers fans. Good value for money. I would purchase and we have already recommended. Lucinda Bards – Timothy 8 years

This is excellent value for money. Zayan played with it for ages. I would be more than happy to buy this. I would definitely recommend this game. Zayan loved playing this game.